The second edition of the National Volleyball League (NVL) player draft wrapped up on Sunday night, with the eight teams now set for the competition later this year.

After the inaugural NVL men’s and women’s competition held in June and July last year across two weekends in Auckland and Christchurch, the 2022 edition hits the court October 28-30 at Auckland University of Technology’s Sport and Fitness Centre (North Shore Campus).

The Marquee Player Draft, held on August 14, filled the first three slots of each team before the wider player draft on Sunday completed the rosters with a raft of talent spread over each of the four men’s and women’s sides.

The Northern Moana Women’s side – coached by former Volley Fern Lauren Fleury - selected Ashleigh Hancock with the second pick of the draft before filling out their Marquee player slots with Stacey Niao and Elena Taiseni with the seventh and 10th picks respectively.

Fleury says while her marquee trio will be influential, blending a full squad together will be critical to success in October.

“The marquee players we've selected are all leaders in their own right and we expect them to bring that to the Northern Moana team,” Fleury said.

“In saying that, one of the great things about volleyball is it's the ultimate team game, and you can't win with only three players, so we'll be looking to select the rest of the team to complement our first three picks.”

Kincaid says his selections will all bring strong elements to his side.

“Ash has been leading the North Harbour team for some time and brings with him a wealth of experience. As a setter he understands his team's strengths and can strategically run a good game plan,” Kincaid said.

“Daniel has developed over the last couple of seasons to be one of New Zealand’s premier opposite players and Tala is an explosive athlete with a strong jump serve and outside hit.”

Visit the home of the National Volleyball League to see all the teams and information for the 2022 edition of the pinnacle domestic competition in the Volleyball New Zealand pathway. 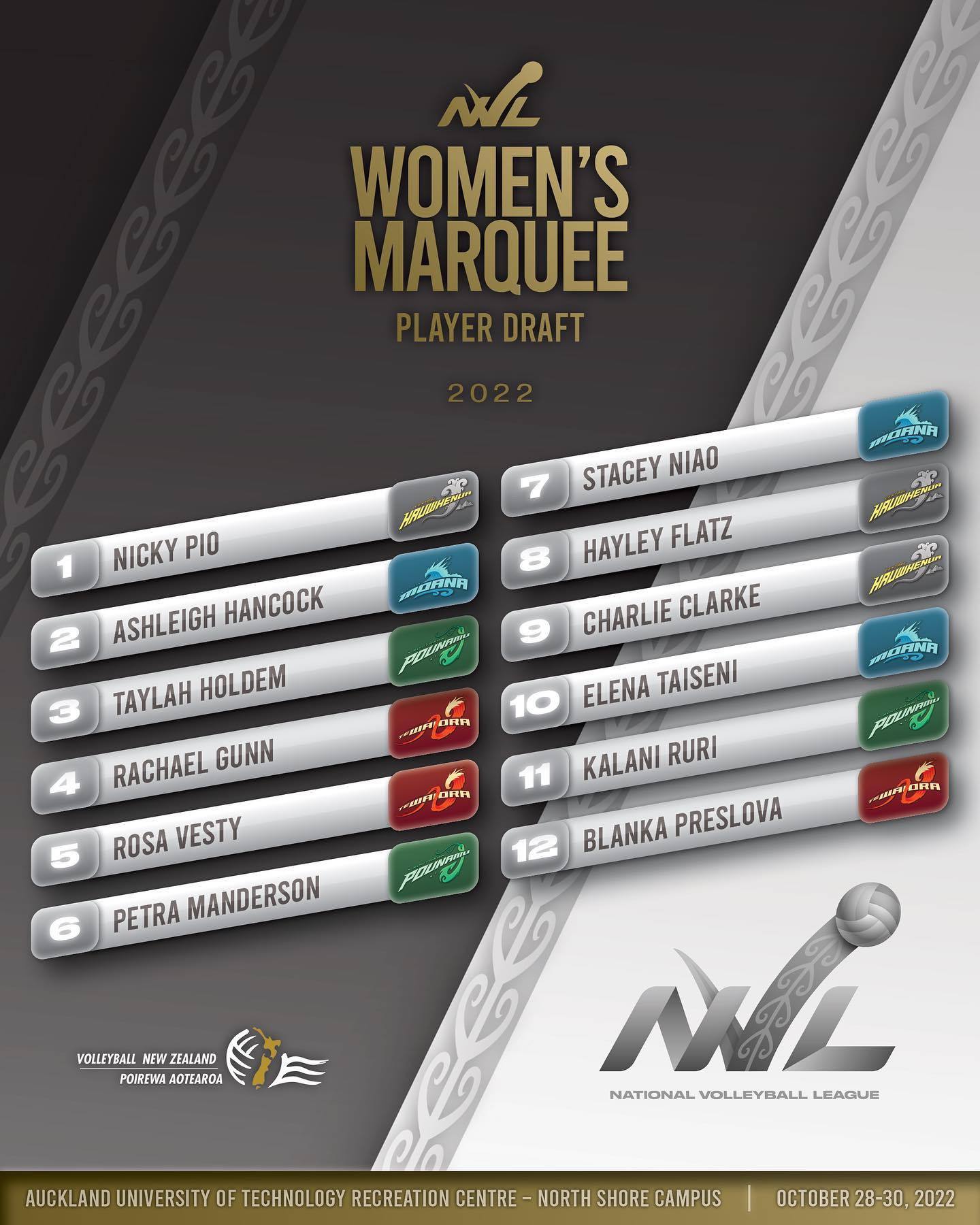