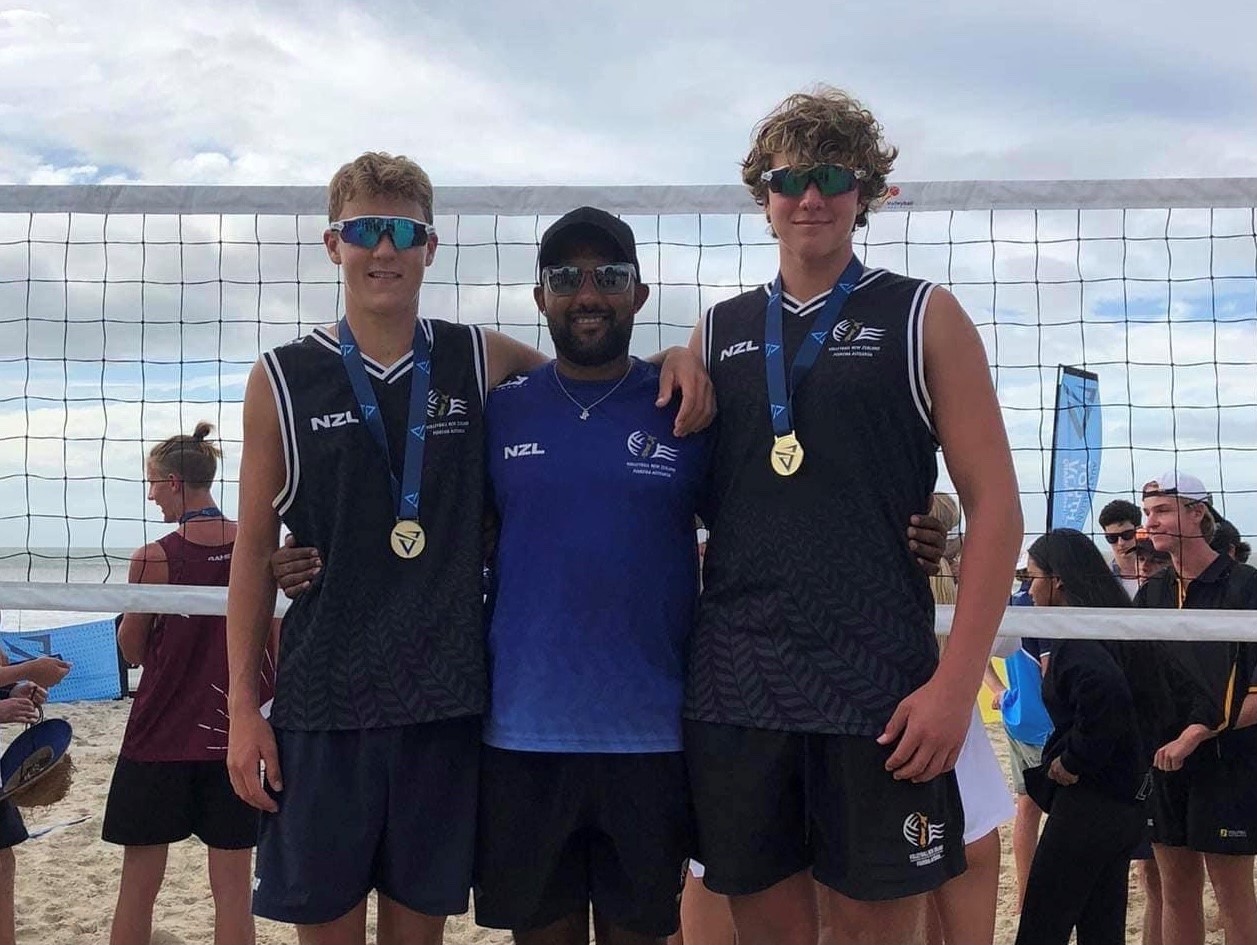 Two up and coming Kiwi players followed quickly in the footsteps of Sam O'Dea and Brad Fuller on Thursday, claiming the U-18 Boys Australian Youth Championship title in Coolangatta.

Ryan Jefferson and Juraj Krajci were in great form, topping their pool with four wins from four matches without dropping a set before adding three more victories to their tally in the playoffs bracket, clinching the title with a 21-18, 22-20 win in the final over New South Wales pair Shickinger/Sinclair.

Meanwhile, fellow New Zealand pair Kylen Scholmann and Juan Quintero also had an excellent few days, finishing seventh in the U-18 competition, also topping their pool along the way.