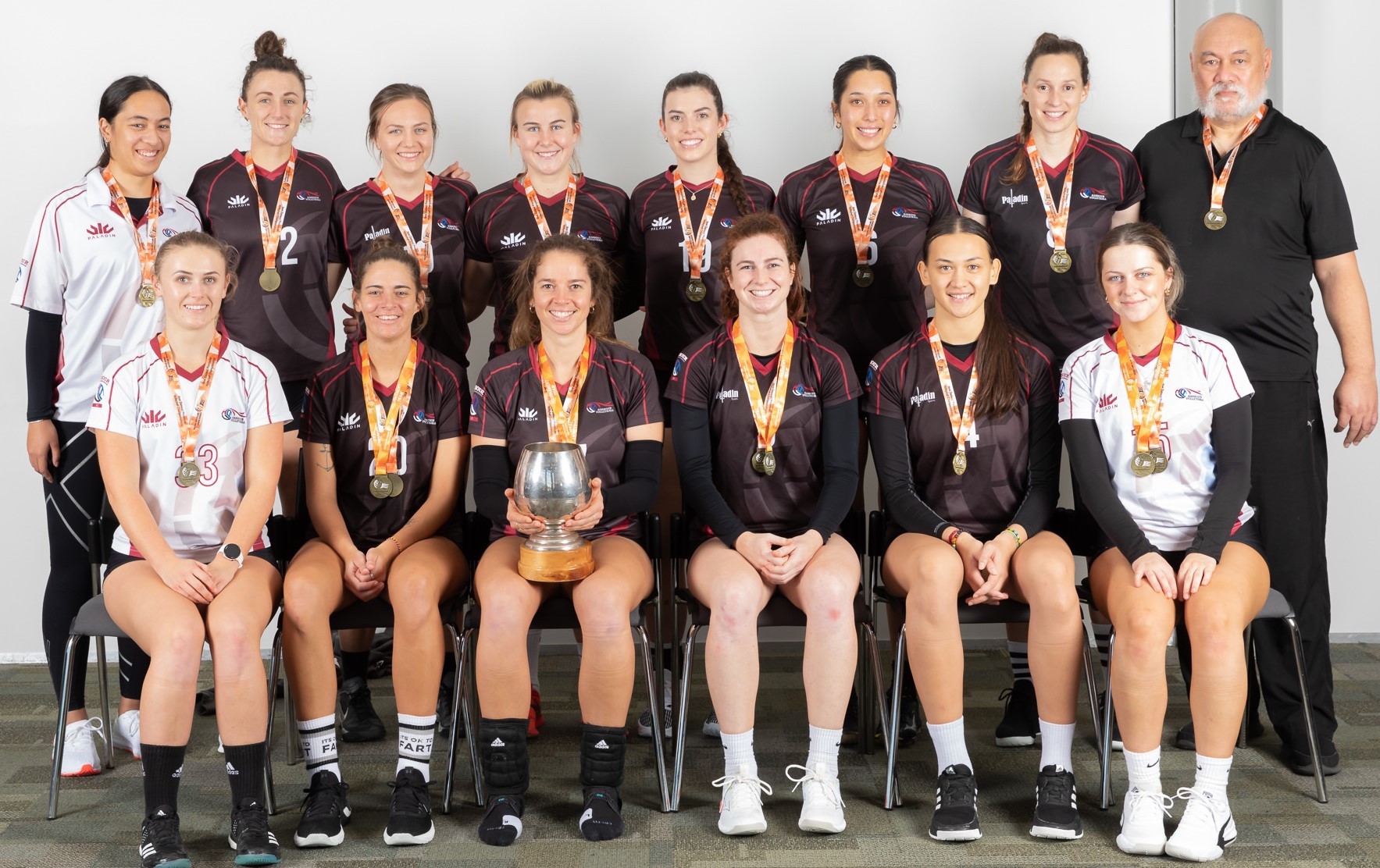 Harbour completed a strong performance at Volleyball New Zealand’s Inter-Provincial Championship on Monday, sweeping five of the eight grades at the Queen’s Birthday weekend event at the ASB Sports Centre in Wellington.

The Women’s side claimed the senior title thanks to a 3-0 victory over Canterbury while the Men’s side completed the pair of senior victories with a 3-0 result over Wellington in their final.

Harbour Women's captain Katie Adamson reflected on a performance which came just when it needed to after some patchy moments earlier in the tournament.

"I’m super proud of the way our team played the final, we knew we needed to play our best game going into that to beat such a strong Canterbury side, those girls have played together for so long," Adamson said.

"We had a couple of shaky games leading into the final, going to five with MAVA and four with Tasman. But we peaked at the exact game we needed to, the trust and support both on and off the court from the girls allowed us to play our best team game and we just pushed 100% for the whole game as a team.

Everyone got on and played a huge part in the final and it really was such a massive team effort to get the 3-0 win."

Meanwhile, Harbour Men's Captain Greg Vukets talked with similar pride about a group being able to imprint their desired approach on games when it was needed.

“I am very proud of our performance this weekend. It was a full team effort and we managed to create a really supportive environment in the short prep time for IPC, led by our coach Sooty," Vukets said.

“I think in the final and our other tight, high pressure matches, we were able to dig deep and find an extra gear in crunch time. This was something we had talked about in advance of the tournament, and we wanted it to be a core part of our team identity - it was really rewarding to see that come to fruition.”

The Harbour dominance continued in the U-21 grade, claiming the women’s crown 3-0 over Bay of Plenty while in a thrilling U-21 Men’s final went to Volleyball Bay of Plenty in a five set win.

The U-19s girls title also belongs to Harbour after edging Canterbury 3-2 in the final while the Harbour dominance was broken by the Canterbury boys’ side – winning an all-South Island final 3-2 over Tasman.

The U-17 grade saw Harbour again flex their regional muscle, a 3-0 win over Wellington in the girls’ grade completing their haul of five titles. The boys title was claimed by Canterbury via a 3-1 victory over Waikato.

Volleyball New Zealand CEO Toni-Maree Carnie acknowledged the winners but was also thrilled at the nature of the event over the three days.

"It was fantastic to get a national event underway Carnie said. "The standard of play was impressive at all levels, the atmosphere inside the ASB Sports Centre was great and we were pleased to see so many regions represented throughout the competition."