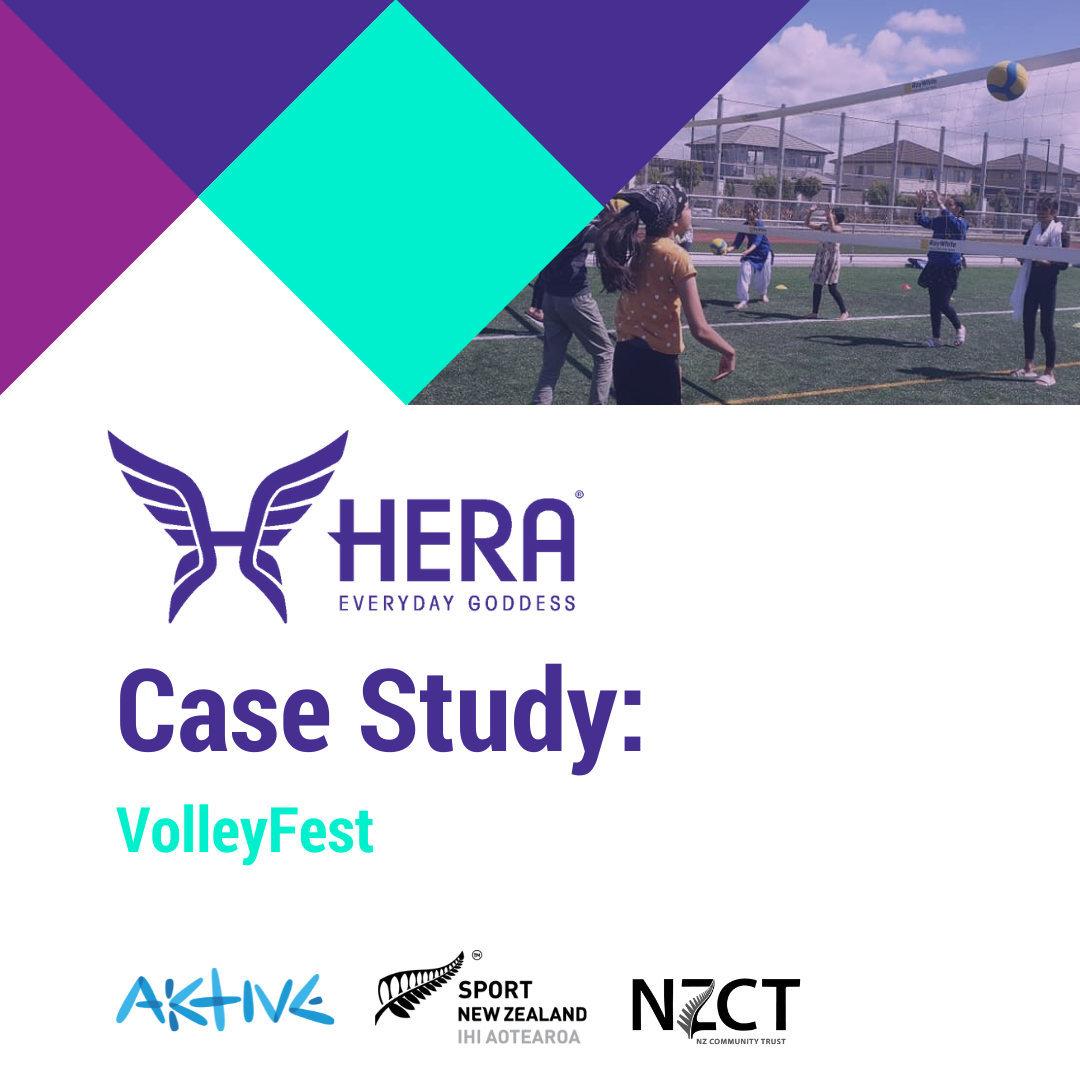 Manukau Auckland Volleyball Association (MAVA) was identified as one of fourRegional Associations to implement the Volleyfest initiative into the community with the support of VNZ.

Programme Goals/Objectives
In partnership with CLM Community Sport, MAVA ran four festival days as an introduction to volleyball, creating an environment for young women and girls to have fun and try something new.

The main objectives of Volleyfest were to increase the number of females participating in volleyball and make the sport more accessible to audiences of different ages and abilities.

It was identified that there was a potential opportunity to deliver Volleyfest in Takanini given the growth of the Indian population, therefore being able to target delivery to Indian women and girls.

The festival days targeted young women and girls aged 12 to 18 years; however, mothers and daughters were encouraged to attend together. MAVA and CLM Community Sport recognised the need to provide a social environment that was fun and non-competitive for women and girls to be active.

To break down barriers such as girls’ confidence to play, Volleyfest equipment was adapted to suit participants including beginner courts, softer volleyballs and having female coaches and referees. The festival days also provided childcare services so that mothers could focus on participating and having fun.

MAVA and CLM Community Sport were also able to engage members of the Sikh community by aligning the timing of the festivals with the Takanini Sikh Temple school timetable, this helped maximise attendance with students and teachers able to participate within a comfortable environment.

Successes, Challenges and/or Barriers
Volleyfest engaged approximately 60 young women and girls from the Papakura/Takanini community, most of whom were new to volleyball.

However, much like other community programmes, the delivery of Volleyfest was impacted by restrictions that came with COVID-19 and the outbreak nationwide.

Solution
The Takanini Sikh Temple had school on Saturdays which allowed its female students to be engaged during break times and after class. In addition to this, connection with other local schools and community groups across different channels to promote the event. As a result, various ethnic groups attended the event and were reflective of the changing demographic inSouth Auckland, with high engagement from the Indian and Filipino communities.

Impact
The intended outcomes of the programme were achieved. Participants were able to attend ‘ladies nights’ in Papakura following on from Volleyfest, and there was also an opportunity to join a newly established club in Papakura.

Feedback from participants detail the success of Volleyfest:

It was identified that having other participation opportunities such as a ‘ladies night ’following on from Volleyfest was a successful way to capture participants, specifically females, and provide a pathway to further volleyball.

These were later trialled and were found to be a successful way of bringing women and girls together and created a real sense of community, where they could continue to learn skills from the event in a female-only setting.

This has provided future participants of Volleyfest and/or those from the Takanini SikhTemple who were interested in playing volleyball an opportunity to continue playing in a supported environment. As a result, some of the women and girls from the ladies nights have since gone on to join the local club.

“VNZ is delighted to see the increase in quality volleyball opportunities,” said KatieHorne, National Partnerships Manager. “MAVA has provided these women the opportunity to engage with ongoing competitions, with coaches being critical to keeping these young people involved in sport and active recreation”.