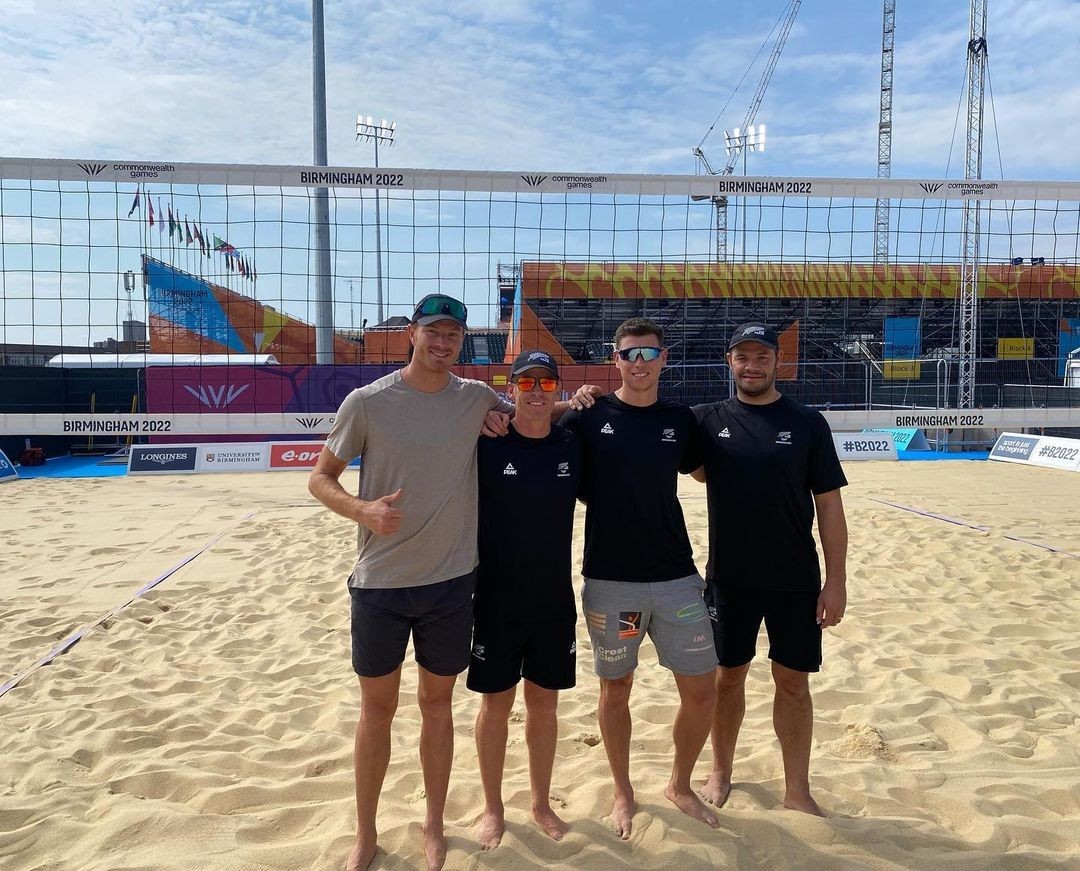 The Beach Blacks and Beach Ferns have won their first matches at the Commonwealth Games.

Both pairs were put under pressure at times by Cyprus and Kenya respectively, before recording 2-0 wins.

Both teams looked right at home on the Birmingham sand, in front of a noisy, vibrant crowd. "The crowd was super intense, and definitely got in behind the Cyprus guys, the underdogs! But we had some great support out there," said Sam O'Dea.

"In that first set we were just really trying to feel things out and the guys from Cyprus just came out blasting, which was a good test. They went up quite late in the first set, so it was good for us to win that one, that was clutch."

"Once we got that we really found our rhythm and showed a bit more intensity in the second, so that's something we'll look for our next matches."

"Cyprus were a good test for us for sure, it's awesome to play small countries just going at it, wet really had no idea how they're gonna play, so we had to make a lot of stuff up on the fly, talking a lot between ourselves about strategy and and stuff like that," said Sam ODea.

Both teams are back in action on Tuesday morning NZ time with the Beach Ferns meeting Ghana at 6am and the Beach Blacks facing Tuvalu at 8am, get all the details including TV Coverage here.