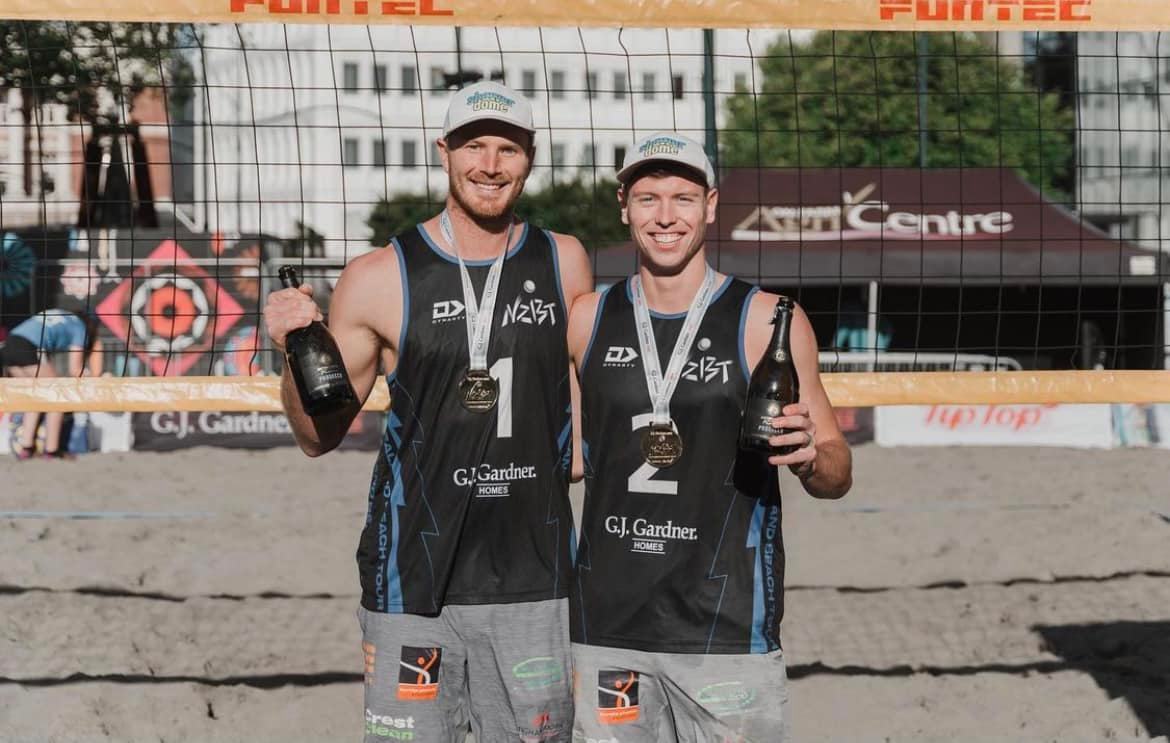 Sam O'Dea and Brad Fuller capped a golden weekend in Coolangatta on Sunday with victory in the final of the Australian Beach Tour Championship.

Earlier on Sunday, the Kiwi pair accounted for the sixth-seeded Australian combination of Justin Schumann and Garang Anyang in the semi-finals with a 21-17, 2-18 victory. In their first main draw match on Friday night, O’Dea and Fuller - after three matches in qualifying earlier in the day - edged out tournament third seeds Damien Schumann and Martin Kaufer 22-20, 21-19.

In total, O'Dea and Fuller put together a string of eight straight wins between qualifying and the main draw event between Friday and Sunday night's gold medal match triumph.

“We had a long tournament all the way through the qualifiers to get here, but it was awesome,” he said.

“It was Brad’s first full international tournament and he played incredibly well so we’re stoked.

“It is the Australian Championships, so we feel like we ruined their party a little bit but it’s awesome that we could be part of it.”

O'Dea and Fuller are the first New Zealand pair to win a title in Australia since 2004 when current New Zealand High Performance Coach Jason Lochhead and Kirk Pitman won the New South Wales Open. Before that, you have to go back to 1994 for the last Kiwi win across the Tasman; Craig Seuseu and Owen Ranfurly taking the Australian Open crown.